Breach of commercial contract and payments delays entered in court

In August of 2016, Nedjin International Engineering Ltd., а prominent company in the engineering, construction & project management business hired the Law Firm to take over its legal representation against one of the biggest hotel chains on the Bulgarian seaside. The multiple agreements signed by the parties, including loans, pledges and other securities established by the debtor hindered the case’s smooth run. Another factor that contributed to its complexity was the multiple partial payments made by the debtor, which covered only part of the principal amount and the penalties accumulated. In order to perform their obligations under the contract Nedjin International Engineering Ltd. financed the difference between the actual costs of the services and the payments received with the own funds of the company.

In a short period of time, Ilieva, Voutcheva & Co. Law Firm’s legal team managed to draft a legal statement, covering the key elements and potential problems of the defence and to propose three different ways to proceed in court.

After the client approved one of our proposals we initiated court proceedings against the hotel. Our job included legal actions against a company in liquidation procedure that is jointly and severally liable with the hotel chain. We also filed an objection against the reduction of the share capital of the debtor. At the first instance of the court proceedings, we performed complex graphic expert examination on the agreements concluded and declined the claims of the other party regarding the authorship of the document. Last but not least the complexity of the two agreements signed by the parties was significant including various legal figures and options for legal approach of similar or same facts. 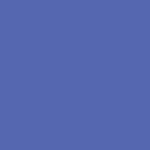 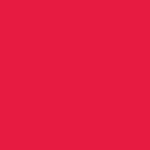